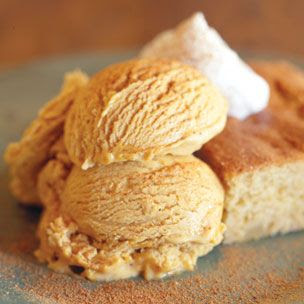 I've made this twice it's incredible! Both times I've made it, It's been gone to quick to take a picture of it. It's so creamy and soooo yummy! The recipe has a few more steps than some others.. but it's so worth it. I made this Halloween night and think that it will become a fun tradition in our family..

Recipe from Williams and Sonoma

In a bowl, whisk together the pumpkin puree and vanilla. Cover and refrigerate for at least 3 hours or up to 8 hours.

In a heavy 2-quart saucepan over medium heat, combine 1 1/2 cups of the cream and 1/2 cup of the brown sugar. Cook until bubbles form around the edges of the pan, about 5 minutes.

Meanwhile, in a bowl, combine the egg yolks, cinnamon, ginger, salt, nutmeg, the remaining 1/2 cup cream and the remaining 1/4 cup brown sugar. Whisk until smooth and the sugar begins to dissolve.

Remove the cream mixture from the heat. Gradually whisk about 1/2 cup of the hot cream mixture into the egg mixture until smooth. Pour the egg mixture back into the pan. Cook over medium heat, stirring constantly with a wooden spoon and keeping the custard at a low simmer, until it is thick enough to coat the back of the spoon and leaves a clear trail when a finger is drawn through it, 4 to 6 minutes. Do not allow the custard to boil. Strain through a fine-mesh sieve into a bowl.

Place the bowl in a larger bowl partially filled with ice water, stirring occasionally until cool. Whisk the pumpkin mixture into the custard. Cover with plastic wrap, pressing it directly on the surface of the custard to prevent a skin from forming. Refrigerate until chilled, at least 3 hours or up to 24 hours.

Transfer the custard to an ice cream maker and freeze according to the manufacturer's instructions. Add the bourbon during the last minute of churning. Transfer the ice cream to a freezer-safe container. Cover and freeze until firm, at least 3 hours or up to 3 days, before serving. Makes about 1 quart.
Posted by Sara at 8:48 PM 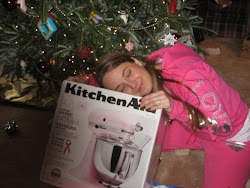 Get out your pink kitchen aid girls it's time to capture the kitchen one meal at a time!

My whole life I've dreamed of being a mother... aka the perfect homemaker. I pictured myself putting hot meals on the table every night and pulling out fresh, baked cookies for my kiddies after school. Well, besides the few staple recipes I know and the same batch of cookies I bake every week. My kitchen skills need a makeover!!! I'm hoping this blog will inspire me and push me to become a domestic dreamer. 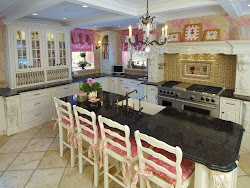 "A chandlier would make any meal taste better"